The Railroad was Boca Grande's Link to the World

The Charlotte Harbor and Northern Railroad not only brought phosphate and supplies to Gasparilla Island; it also brought wealthy people from the north. By 1910 Boca Grande Pass was already famous for its unequaled tarpon fishing among fishermen, who stayed on nearby Useppa Island. The Agrico Company, having begun to see the potential of the idea of developing Gasparilla Island beyond the port, began to develop the village of Boca Grande. 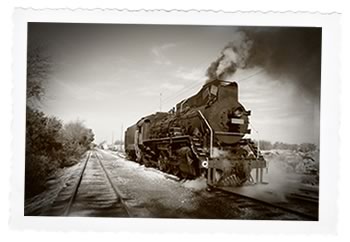 The railroad station in what would become downtown was built; roads, sidewalks, streetlights, shops, a post office, and water and telephone service were not far behind. The town was landscaped, including the now famous section of Second Street called Banyan Street. The railroad company built several cottages downtown and a few wealthy families from "up north" purchased land and built winter residences. The train stopped at Gasparilla, the fishing village at the north end of the island, at the railroad depot in downtown Boca Grande, and at the south end phosphate terminal.

In 1929 the Boca Grande Hotel was built just south of downtown Boca Grande. It was a three-story, brick resort hotel where most of the island weathered the hurricane of 1944. The Boca Grande Hotel changed hands and was demolished in 1975. It took six months to raze the building by means of fire and the wrecking ball, as it had been built to withstand fire and great storms. 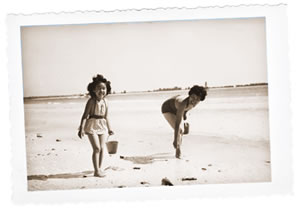 The railroad continued to bring the grande visitors from all along the eastern seaboard until the Boca Grande Causeway opened in 1958. The depot was restored in the 1970s and a number of shops, offices and a restaurant now occupy the old building. The railroad continued to run work trains to the south end until the phosphate port closed in 1979. The Gasparilla Island Conservation and Improvement Association transformed the old bed of the railroad into a new use, Boca Grande's popular Bike Path. Boca Grande has become a unique community, with a large number of wealthy winter residents rubbing elbows with the fishermen and railroad and port workers who formed the permanent, year-round working class of the island.